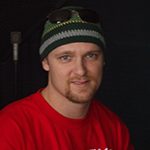 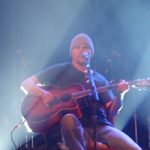 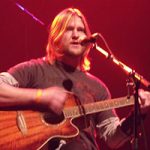 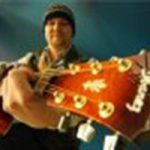 Currently residing in one of Ontario’s fastest growing communities (Barrie, Ontario), independent singer/songwriter Kit Cairns has staked his claim as a multi-faceted recording artist and producer within the music industry. With two successful solo album releases “This is Me” and “My World”, and the development of a mini record label on the side (No Boundaries Music Entertainment), Kit is securing his place with indie music fans and musicians alike. From playing live shows such as The Opera House and Horseshoe Tavern In Toronto, to festivals such as The Legend Series and Barrie New Music Fest, to achieving 4 top 30 positions in the Campus and Community Radio Charts, to well established connections within the music industry, Kit is finally able to take his musical experiences and knowledge to the next level. And because Kit grew up on a ten acre self-sufficient farm near Stratford, Ontario he understands what it takes to get the job done right and is not afraid to make it happen. Approaching his tenth year in the music business, Kit has built a solid foundation to support this new audio revolution and is not only enthusiastic about expanding his own musical career but is also very excited to help others develop their musical talents as well. With the the launch of his No Boundaries Music Entertainment Studio fully equiped with the latest in software, sound conditioning, gadgets and a brand new Roland digital studio workstation and Cubase Software there really are no boundaries to what Kit can do!! The best part of it all is that it is completely portable so that Kit can come to you and record in the comfort of YOUR own home!

Not only is Kit Cairns an avid musician and producer but he is also a science teacher and father. Much of Kit’s upbringing, although not directly involved in the music industry, helps to identify Kit as an active participant within the industry today! During his upbringing Kit was constantly exposed to music. At an early age, he was surrounded by the likes of true hippies as his father was a member of the blue grass band Perth County Conspiracy and good friends with the folk singer Valdy. During adolescence Kit became obsessed with music and explored it intensely by attending hundreds of live music concerts and festivals. Kit was so passionate about the gathering of individuals for the purpose of music that he completed his university thesis on the Motivations For Attending And Characteristics Of The Modern Music Festival. It wasn’t until Kit was attending Lakehead University in 1999 that he picked up a guitar and started writing songs but for years prior to that he had been writing poetry, singing kareoke, and keeping journals. These three passions came together to form the beginning of Kit’s musical career. In 2002 Kit purchased a used Roland digital music recorder (JUST UPGRADED TO A BRAND NEW ROLAND VS 2400 DIGITAL STUDIO WORKSTATION WITH CUBASE SOFTWARE) and started to explore the technique of recording music. The first project to surface was a bad kareoke cd. The second a bad Handmade Demo. However it caught the interest of another musician who together with Kit formed the band No Boundaries. In 2004 the band put together a not so bad independent CD called No Holds Barred and played together at festivals, fairs and pubs. Shortly after that Kit decided to pursue his music by means of launching an independent solo record called This Is Me. Through 2006 Kit promoted his album by participating in music competitions, playing a variety of gigs in a variety of places, and in late 2006 launching his own informative and interactive personal website. In 2008 Kit released his second independent CD called My World which clearly illustrates Kit’s growth as a well rounded musician and producer. He also helped to organize and facilitate a grass roots music festival that ran consecutively for three years called Musichaos.

Kit has developed a truly unique sound that can be described as edgy-folk-rock-rhythms with poetic and insightful environmental, family and social messages. Kit is an intense live performer who feels a strong desire and need to be performing in front of audiences. Most of Kit’s music is easy to listen and relate too; therefore, he has developed a following in a variety of target audiences from young to old. Kit is extremely hardworking, professional, responsible and passionate about all components of the music industry and looks forward to his continued growth and development in all aspects of music. Finally, Kit’s major musical influences include Alanis Morissette, Neil Young, Pearl Jam, and Thousand Foot Krutch but he much prefers to listen to independent musicians playing original music.